Teach a Man to Fish

Our 14th Annual Banquet has been rescheduled! The new date is Saturday, September 26, 2020, at the Lubbock Memorial Civic Center. For those who have already purchased tickets, please keep them as they are fine for our rescheduled event. If you have not yet purchased your tickets, please do so at your convenience.

Teach a Man to Fish 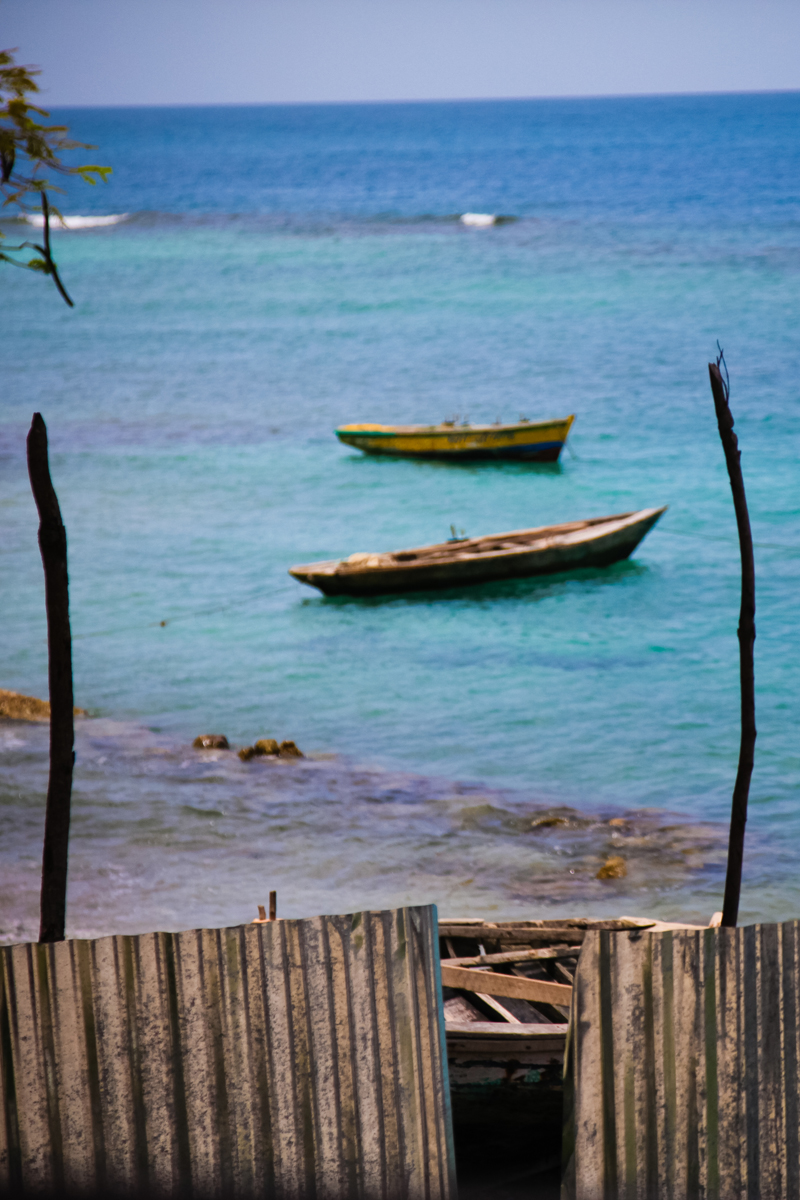 New Vision Ministries, with the help and guidance of Operation HOPE, is doing alot to improve the lives of those living in Montrouis, Haiti. One of the many initiatives taken on by Dr. Kerry is the creation and development of a fishing ministry. We've mentioned the fishing ministry in previous posts, but I would like to go into more detail about it.

Taking from the age-old proverb, "Give a man a fish and he'll eat for a day. Teach a man to fish and he'll eat for a lifetime," We have decided to go much farther than simply giving the people of Haiti free food. Fishing is somewhat common along the coast of Haiti, but most only fish for themselves and their own families. We are determined to take something as simple as fishing and turn it into a viable, sustainable source of income and food as well as an opportunity for men in the area to work together and be a part of a community.

When the average American thinks about fishing, we generally think about aluminium boats, motors, sophisticated reels, rods, and lures, and various ways of keeping and preserving the fish that we've caught. In Haiti, however, things are quite a bit different. Items that we would generally throw away and have no use for such as old bleach bottles, torn up t-shirts and small pieces of twine are essential items when fishing off the coast of Haiti.

During our trip in June, the fishermen involved in this business very generously agreed to take us out on the water for a day of fishing. Five Haitian men, along with Dr. Kerry and his son Luke, took a few of us out to show us exactly what went into a day of fishing. Some of us had experienced fishing to some extent in the past, but we were all surprised and challenged to see what these men are willing to do for even one small fish. 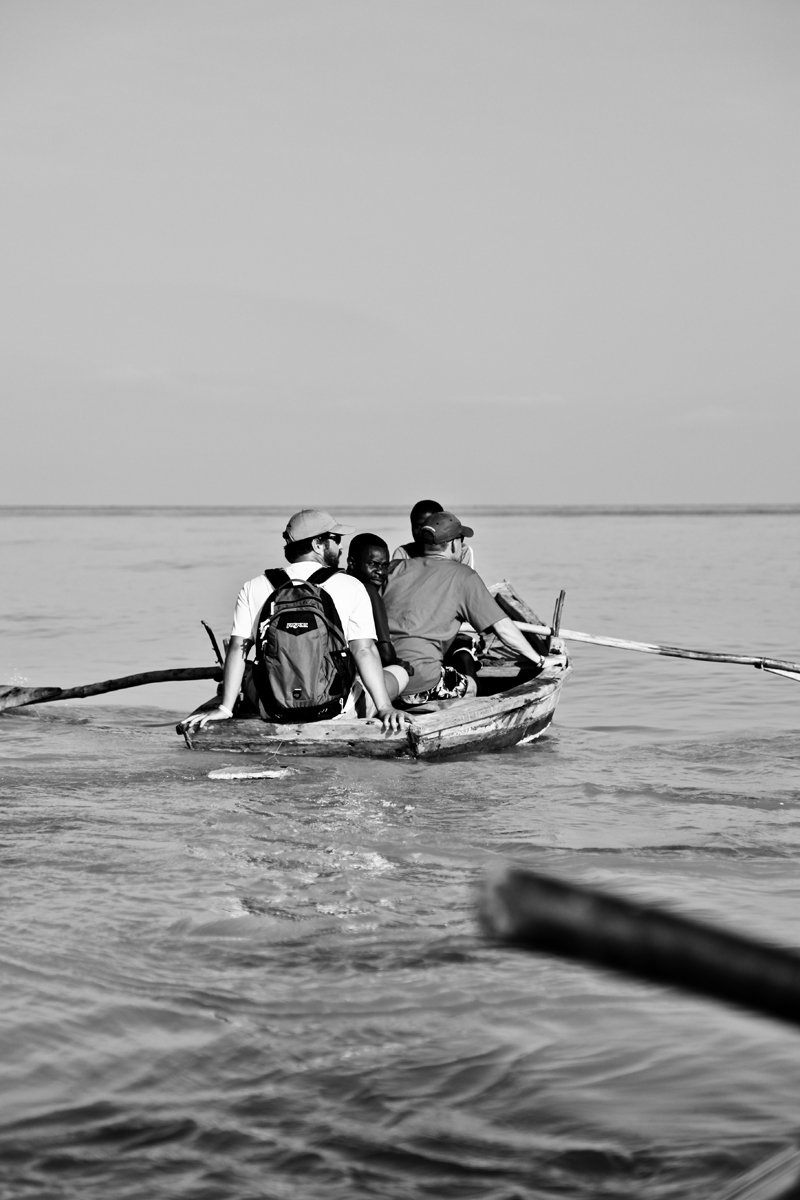 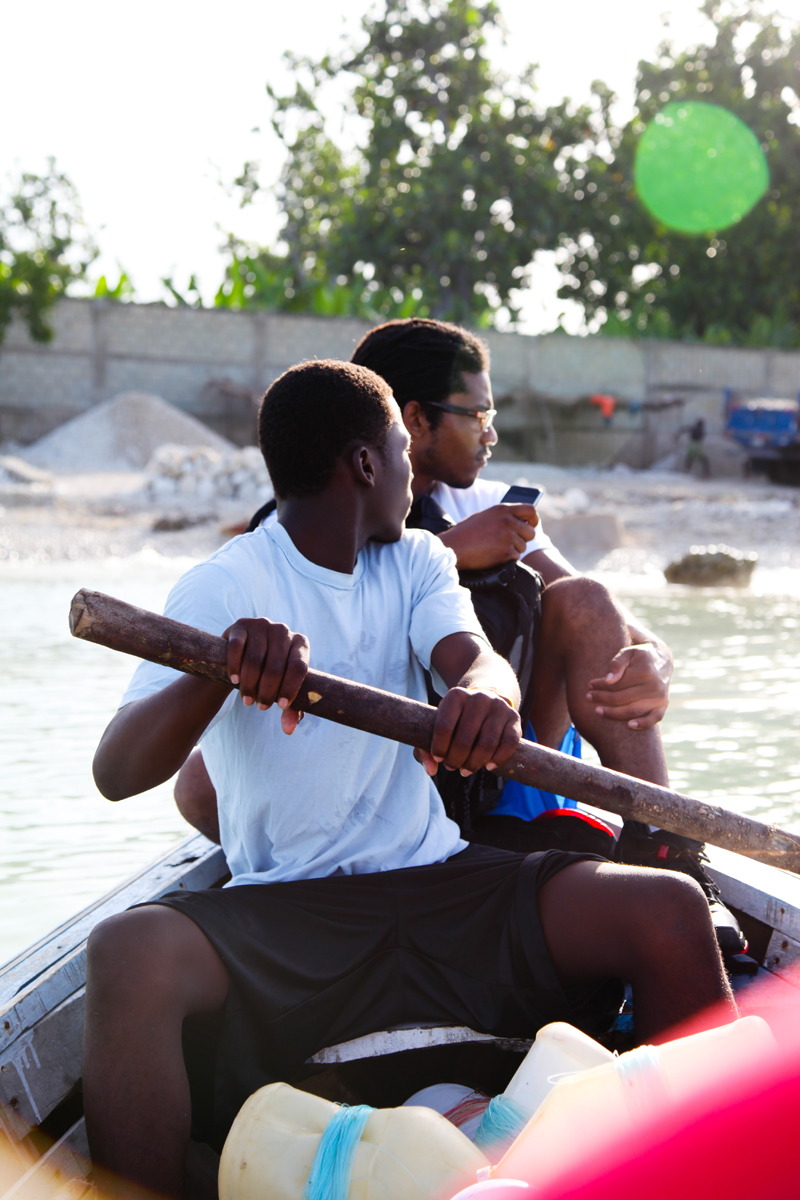 Hopping into 3 separate hand-made wooden boats, we were surprised to find that rather than fishing with complicated reels and rods, these gentlemen were using fishing wire attached to bleach bottles to do the work. At the end of each line was an old rusty hook awaiting a piece of live bait which is conveniently kept swimming in the bottom of the leaky boats. We initially assumed that the water in the bottom of the boat would be a problem, but quickly came to the realization that, although someone did have to bail the water out throughout the trip, five or six inches of water in the bottom of the boat was exactly what was needed to keep the live bait swimming. Rather than using an outboard motor or even strong, solid pieces of lightweight wood for oars, our captains used whatever pieces of straight wood they could find and tied hand-carved paddles to the ends.

After an hour or so of continuous rowing, the fishermen went to work preparing and setting the lines. One would meticulously bait the hooks by reaching into the bottom of the boat, grabbing a minnow, and placing it very specifically on the hook and the other would throw the line, empty bleach bottle and all, out into the water. The empty bleach bottles seemed to be the most common way to keep the line afloat and within view, but large pieces of Styrofoam were also used to the same effect. After placing 15-20 lines in no particular order, we waited. What may have seemed like the perfect time for a snack or possibly even a nap was the chance for the fishermen to get to work on those leaks. Grabbing torn up t-shirts and a pocket knives, our guides went to work stuffing small pieces of fabric into the cracks between the wooden planks effectively slowing down the leaks for the time being. As simple and quick as this solution may have been, it wasn't difficult to see that stuffing pieces of fabric into a crack would only make it worse over time. As I sat intending to explain this concept, I realized that it wasn't simply the most accessible, temporary solution they had, it was their only solution. 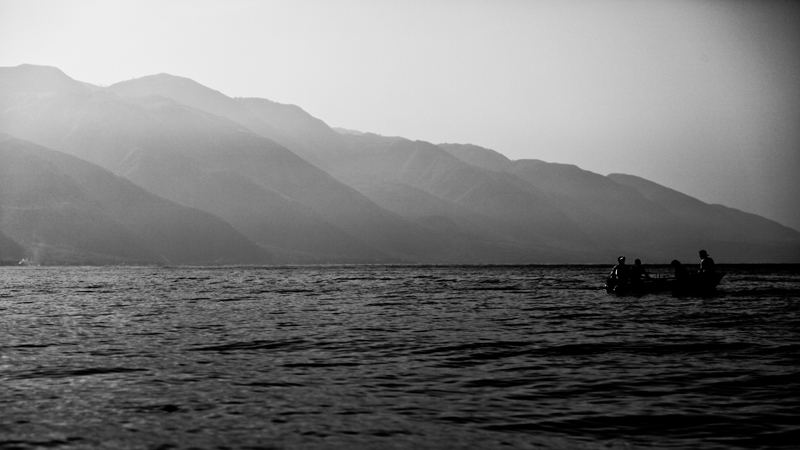 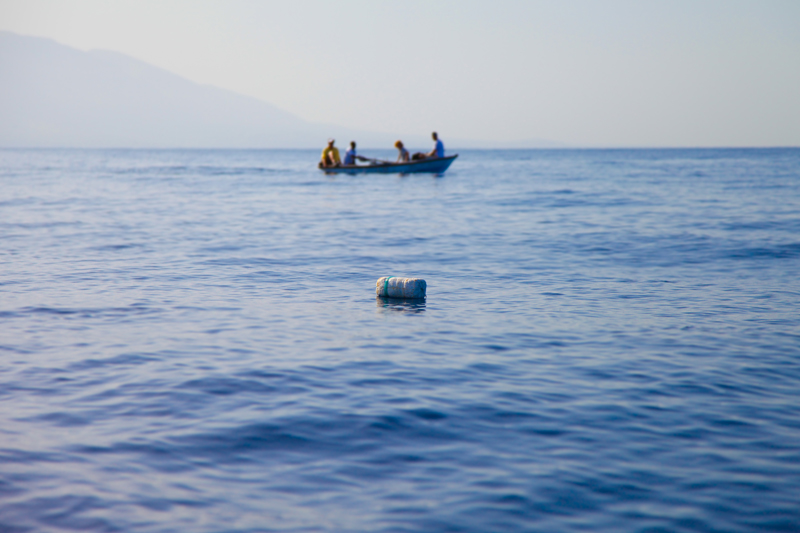 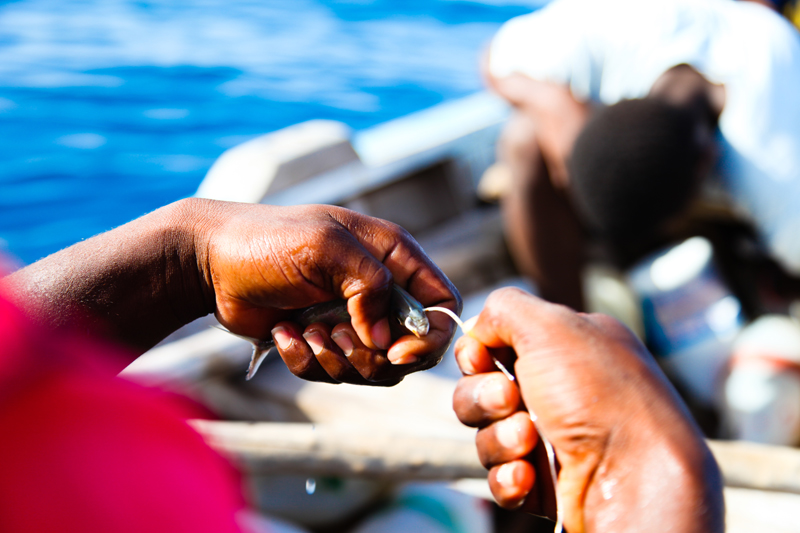 Although the ocean was eerily still and the wind coming off of the water was incredibly refreshing (especially for a boy from West Texas) I couldn't help but keep my eyes on the numerous bottles and Styrofoam blocks hoping for a bite. After what seemed like an eternity of waiting, it was finally time to pull in the lines and see what we caught. One after the other, we pulled in empty hooks or still baited hooks until the final line was accounted for. Two hours of work (at least on the part of the Haitians) with one hour to go and not a single bite. Back at the shore and reunited with our fellow fishermen we were mostly disappointed, yet slightly relieved to see that one of the boats had caught a relatively small barracuda - a fish that most of us wouldn't dare try to eat. Dr. Kerry explained to us that what may have seemed like a failed day on the water to us was actually not too bad for the fishermen. Not only had they caught a relatively decent barracuda, which would be processed and sold later that day, but they also spared most of the minnows they used for bait and would be able to eat them as well.

From there, the fish were taken on to the fish house up the road where a handful of women sat ready to cut the fish up and prepare them with different spices and veggies. The ultimate goal of these folks is astonishing. Their goal includes the following initiatives:

As wonderful as it has been for Dr. Kerry to work with these people and teach them how to build and maintain their business, he's not just focused on their outward lives. As a requirement for being involved in these programs, Dr. Kerry holds mandatory weekly Bible studies to develop these men and women emotionally and spiritually. Using Biblical principles and teaching these people are learning how to be Godly fathers and mothers. They are learning to love one another and give their lives to Jesus. They are finding out that their hope can't be in anything other than the Father and that if they will give it up to Him, He will bless them. I was so exciting to sit with these men and women as they learned more about who they are and who they can be in Christ. I have no doubts that God will continue to do great things in the lives of these people if we will continue to partner with them.

It's funny how easy it is for us to pick out the negative aspects of a situation and completely ignore the good things that came about. Those five men taught us so much more than how to fish with bleach bottles and minnows, they taught us that we can always find something to thank God for if we just open our eyes and look. As strong as my desire was to help these wonderful people beforehand, I am so much more encouraged to help them out after seeing their gratitude and optimism despite their difficult circumstances.

That being said, there are still a number of things that we can provide for these folks to help them be more productive in their endeavors. Below is a list of items that Operation HOPE is providing to assist these folks in building a strong and successful business:

We are so thankful to be used by God to help these people out and we are proud to say that we have already sent a $11,000 to cover the cost of all of the items listed above and get the fishing business well underway. Please join us in continually praying for the people of New Vision Ministries and the businesses that they are starting in Haiti.