Dear friends and supporters of Operation HOPE: Due to the cancellation of spring events at the Civic Center, we are forced to cancel this year's Operation HOPE Banquet.  Thank you for your generous support over the years.  Please pray about how the LORD would have you contribute to our outreach this year as we continue our commitments to Hope2Haiti and SnackPack4Kids in West Texas.

Operation HOPE is looking for high school students who embody the character that Luke demonstrated every day on & off the field. All potential candidates must be nominated by their school Athletic Director and must present an essay explaining why they should be considered for this award.

Athletic Directors will choose one winner from each school to be considered and will need to email the student's info along with their essay to info@operationhopeusa.org. Submissions must be received NO LATER THAN MAY 15, 2018. 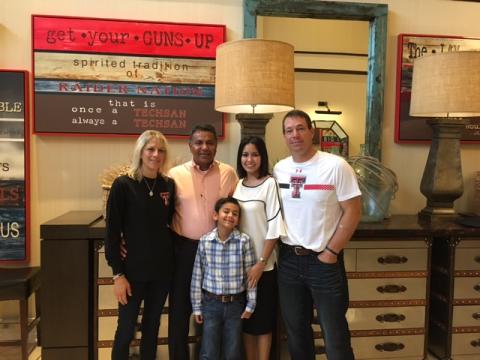 We will probably never fully understand the mysterious ways of God on this side of heaven. One of those mysteries occurred when God put on Dr. Thomas’ heart to approach a father and his son at the Denver airport and strike up a conversation. Nobody could have guessed this passing interaction would be the beginning of an enduring bond between Operation HOPE and Luke Gonsioroski and his family. Luke’s parents, Charles and Katina, are dear friends of Operation HOPE and the entire Red Raider community. We recently had the privilege of spending time with them and remembering Luke together, while they were in Lubbock to celebrate his life and memory at the Texas Tech game.

Luke was the star quarterback at his high-school in Baker, Montana, and slated to start his college football career here at Texas Tech in fall 2017. Even though he could pick apart a defense with his arm and scrambling ability, Luke was more feared for his heart than his athletic ability. Luke’s smile and caring nature could disarm even the most guarded of hearts. Luke was one of a kind. He was always looking for ways to love on people and share his faith. There was nobody too small or insignificant in Luke's eyes. He noticed the invisible kids at school and would stop to give them a hug or offer encouragement. He used his reputation and influence to lift others up, never for his own gain. Luke was a true light in his community and it was impossible to be in his presence and remain unchanged.

Luke was a warrior. When he was diagnosed with cancer, he kept his head up and his faith never wavered. People would come to encourage Luke during his battle and instead would leave encouraged by him. That’s just the kind of young man he was. Luke fought long and hard, but when his cancer came back for a second time it was too much. His family wasn’t sure if he would be able to attend his high school graduation because he was so weak and had lost so much weight from not eating. Luke could barely stand up, but he insisted on being at graduation with the rest of his classmates. Each student was asked in advance to give one word to summarize their high-school experience and stand up when their word was announced at graduation. The words were announced one after the other - “cool”, “lit”, “boring” “fab” -  and each student stood up one by one. Finally, everyone was standing but Luke. When his word was announced, Luke mustered every bit of strength he had left and rose to his feet. His word? Grateful.

This past August, while his father held him in his arms, Luke breathed his last earthly breath and passed from the hands of his physical father into the hands of his Heavenly Father. Heaven got a true All Star.

Operation HOPE is honored to announce that we will be creating a scholarship in Luke’s name to keep his legacy alive. Each year at our annual banquet, we will honor a high-school athlete who embodies Luke’s spirit and life. We hope that you can join us at this year’s annual banquet for the inauguration of “ The Luke Gonsioroski Character Award”, where Luke’s parents will be in attendance and recognized.

To contribute to Operation HOPE and help us continue creating HOPE through projects like, “The Luke Gonsioroski Character Award”, you can click the “Donate Now” tab up above or mail checks to “Operation HOPE: 1120 W. Loop 289, Suite 227, Lubbock, Texas 79416. 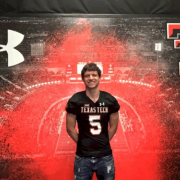